The Hidden Details in Animation

The real trick with animation is the hidden details, the subtleties that aren’t immediately obvious. Animation isn’t robotic (unless you’re animating robots!), and no movement is ever the same. It takes skill to ensure movements embrace the little differences in the way we move in real life and adapt this principle to animation. The small moments, how a character grabs a door handle, slouches, or sits down, can bring an animation to life.

Fundamental skills in animation never go out of style. There are twelve principles of animation that are considered by many to be foundational skills. These principles were established by Disney as early as the 1930s, though they wouldn’t become common knowledge until 1981 after a book was released detailing them.

These animation principles have been iterated on over the years, but at their core, the philosophies remain the same. While we won’t detail all of them, here are the first four.

The process of squashing and stretching gives weight to an object. Imagine a ball thrown at a wall, its form will squash on impact, and while it’s in the air after being thrown, it will stretch. This principle even applies to people where there is a squash as someone crouches down preparing to jump and a stretching motion as they leave their feet and jump into the air. Applying this principle means adding weight, gravity, and even force to an object.

You could describe anticipation as the preparation of action. For instance, when baseball players are preparing to pitch a ball, they lean back before throwing so they can put more force into it. Similarly, when a person is about to jump forward, they crouch down first in anticipation of propelling themselves forward. Movement without anticipation can be jarring for us to see, but it can be used for comedic effect in the right project. Such sudden movement without the viewer being able to anticipate movement is a hallmark of many types of comedy, including slapstick.

Staging is an often-overlooked principle of animation. It relates to grabbing the viewer’s attention with the right visual element. A typical example of this would be using thirds. Imagine a screen is vertically divided into thirds, and a character relaying important information related to the plot is located in the middle third. This simple trick should focus the viewer’s attention on the central figure. Staging can also be achieved using other characters’ eye lines. Having the primary character of a scene in a visible position, while surrounding characters look at them is a particularly strong way of directing attention.

Straight Ahead and Pose to Pose

Straight ahead refers to drawing an animation frame by frame in chronological order, which is often used by animators trying to create a realistic look. Pose to pose, however, refers to drawing the first and last poses of a character in a given animation, and not drawing each frame in chronological order. This method can give a greater degree of control, allowing you to decide how much emphasis to give the pose in the in-between frames.

References can be extremely helpful when crafting an animation. Often, the animators within the Magic Media group will act out movements themselves to help replicate them in an animation. If it’s something particularly complex, it’s not uncommon that they’ll film themselves doing it so they can reference it later during production.

Two of the most difficult types of animation are facial and realistic physics, so to help make them as true-to-life as possible, animators will make heavy use of references. While examining the same reference material might be painstaking and become tiresome, it’s worth it to find the obscure detail needed to nail that perfect animation.

For example, when someone is turning the pages of a book, there is a ton of detail that isn’t immediately apparent. The way a person’s fingers rifle the corner of a page, the movement of the page itself as it’s turning, and the way the front and back covers might bend aren’t obvious but including this detail can enhance an animation.

Animation can be complicated work, and Magic Media is here to simplify it for you. Our broad range of expert services includes game animation, cinematics animation, and much more! Contact us today and find out more about we can make animations that fit your needs. 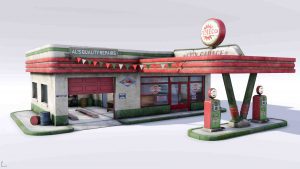 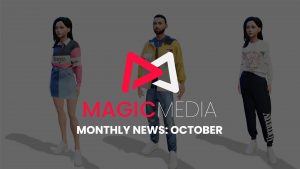 A Quick Roundup Of October At Magic Media 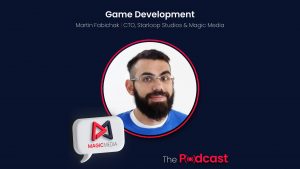