In a continued effort to cut down on the complexity and embrace the sharing of knowledge, we wanted to consider something smaller in scale.

We wanted to address something smaller, one piece of the larger puzzle. Something simple like a single 3D model. So, we gathered some of the team and discussed how they approached creating a 3D model and attempted to answer the nearly impossible question! What makes a quality 3D model?

We talked with an array of our 3D modelers and artists for their opinion and expertise. These modelers have worked in a plethora of industries. Most have 3D experience of 15 years or more, many have spent the majority of that time in the gaming industry. Each of them has spent time working directly or contracting for AAA studios such as Ubisoft, Sony, and EA.

For those who may know the tools or be interested in 3D modeling, we asked about what tools they used. They did mention that the environment was always changing. Our mentality is centred on using the best, most streamlined tools and methods and utilizing them to their full extent.

The main pipeline would be ZBrush, Mudbox, Maya, 3ds Max, and Unreal. With usage of XGen, the Ornatrix plugin for 3ds Max, xNormal, and Marmoset depending on the project.

The team were keen to point out that limiting to a set of fixed tools is a quick way to fall behind. And a quicker way to lose quality. They moved with the industry and are constantly looking to try new and evolving tools. One even made the point that even a pen and paper can be the tool needed.

Where do you even start?

It’s a big question and the hardest place of any project. The beginning!

There is a clear starting point which is taking the character, creature, object or whatever it is, from concept to actual 3D model. This is referred to the ‘blockout’. This is the shape of the model at its core, and most would consider this where the core perception of the model lies.

Many break the process into two categories – artistic and technical. The shape most consider in the artistic stage. The silhouette, they believe, is a key feature. A solid primary shape that should be instantly recognizable. From blockout, they can move forward into the technical aspects. Good details, textures, proper shaders. But they believe that without this attractive shape and silhouette, the details are lost or useless.

Beyond the shape, how does a project affect priorities?

In games, it seems, they believe priorities don’t change, but there is certainly a consideration for the hardware to be used.

In movies, the number of polygons isn’t relevant. For clarity, polygons are used to create 3D objects, as they can be placed together to create a realistic shape. They can be any shape, with any number of sides, and the more polygons an object has – the more realistic it can look.
But the modelers agree that the polygon count for games is something that must be considered. For reference, God of War’s, Kratos in his original PlayStation 2 debut was made up of 5,700 polygons, his face using 1,200 of those. In his 2018 appearance, he was made up of a staggering 80,000 polygons, his face using 32,000.

These limitations and counts have to be considered in certain projects. Both mechanically and artistically. Nonetheless, they all agree that the blockout stage remains the core priority.

How do you define a ‘high-quality’ model?

This is the big question, one that doesn’t quite have a single or easy answer. A high polygon count doesn’t mean it’s high quality, just that it could look more realistic and rounded.

Technically, the team look at a few aspects. Good design, solid UV mapping and topology, high-quality textures, to name a few. They agree that the model must fit its limitations and serve its purpose for the given media it is presented in.

Artistically, there are some things that the team would consider elements of ‘high-quality’. They look for the model to convey feelings and emotions, tell a story just by looking at it.

What quality do they work towards?

This depends on the project, but most clients look for as realistic as possible. In others, it’s looking for a level that matches the project’s stylized expression as close as possible.

The team generally believe the level of quality they work towards changes every project, if not every day!

Many of them look to great artists as reference, as a mirror to base quality from. It seems they are always searching and evolving with the aim of improvement.

Finally, what’s the hardest part of making a 3D model?

We couldn’t talk about demystifying a topic without addressing this! What’s the trickiest thing while trying to deliver high-quality models!

They mention project limitations and requirements, fitting into a particular pipeline. Many projects aren’t their own, and they must work to create a common concept for the team. Or the project restraints, working within the confines of a console or older engine.

Nonetheless, they agree that one difficult step is that core concept and blockout. Working from the blockout is imperative to the project, and it must be agreed upon prior to what comes next.

If you’d like to see what our artists can do for you and create a visually compelling character, get in touch. You can see more of our art and design services on our website, alongside our video games art portfolio. 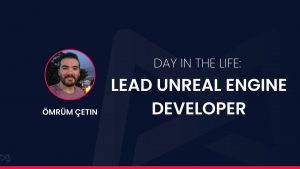 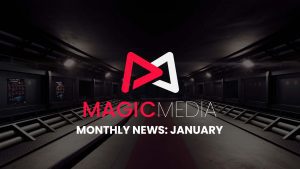 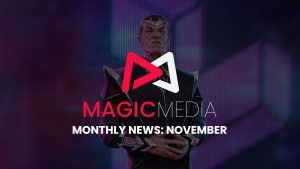 A Quick Roundup Of November At Magic Media