Behind the Magic: Destroy All Humans 2 Co-Development

The Magic Media Group are always delighted to assist and collaborate with other studios in delivering their amazing projects into players hands. Co-development is just one of the many services we offer to our clients in helping them in completing their projects in a timely and cost-effective manner.

Our work on Destroy All Humans 2! Reprobed is one of many co-development projects that our team has worked on. The main work on this project was run by our group partners over at Ringtail Studios. Stellar artists, animators, and experienced co-developers, they went all out in assisting with the delivery of this classic title.

We talked about the difference between these two types of service, when discussing our co-development with Generation Zero. They are often put together and for good reason. They both fall into outsourcing, but the execution is where they differ.

In the Generation Zero project, we originally began as an outsourcing studio. This developed into a full co-development relationship where our team worked directly with the Avalanche Studios team. Rather than be given a set of tasks to achieve independently and then delivered back.

For our work on Destroy All Humans 2! Reprobed, we operated on an outsourcing basis. This meant that we were given assets and models to complete and then return to the internal development team. This also included a thorough QA process to ensure the internal team had as little work to do as possible when interacting with the Magic Media and Ringtail Studios teams.

For this project, our teams were given the task of creating 3D models from concept to final integration. We also had to texture the models and ensure they were completely ready for the integration. This is because, while the game was working on Unreal Engine, it had its own unique shaders. Our tools such as Substance Painter and our Unreal Engine did not have these shaders.

This meant our team, once on the integration step, worked on a back-and-forth and trial basis with each model. Ensuring that the roughness and metallic maps in particular were suited for the in-game shaders. If not, some of them could shine like the sun and completely blind players in-game!

As this was also a remaking project for a classic game, the engine was changing as the project proceeded. And once delivered, many animations changed in the models. And because we only had access to Crypto (the main character of the games), we could only check animations and collisions using him. For the rest of the assets, vehicles, and destruction mechanics, we only had client notes and documentation. This meant that our teams had to recreate or tweak some models to ensure there were no issues once they were integrated into the game. While challenging, it kept our team on their toes and we overcame it! 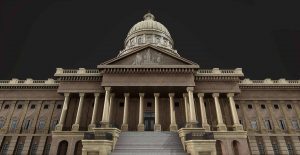 Our artists and modelers really enjoyed working on this project. For many of them, they had played the original games on release. The assets and models were beautiful and very fun to work with and check for final delivery.

The stylisation of the game is almost incomparable and was a joy to work with. But because of this unique style, fulfilling its requirements involved its own artistic challenges. But this did little to draw the joy from the project!

In need of co-development services? Unsure of when to choose outsourcing? Why not get in touch with our teams today and find out! We’re delighted to help and are always looking for the next challenge. 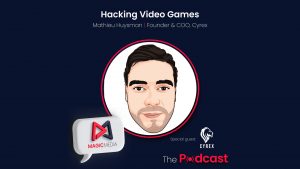 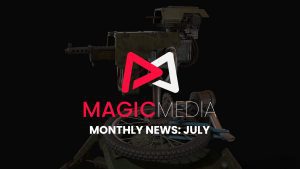 A Quick Roundup Of July At Magic Media 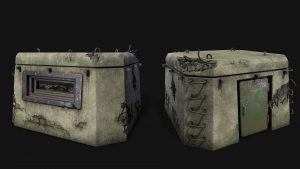 Generation Zero is an ongoing co-development