At Magic Media, we like to lead the charge when it comes to cutting-edge development in gaming technology. Modern platforms like blockchain are no exception to this, and we’re proud to be at the forefront of incorporating Digital Ledger Technology, like blockchain, into the gaming industry and our projects.

As part of this initiative, we’re currently working on a project that we believe will advance the integration of blockchain into gaming significantly. With our expertize and our new blockchain-based marketplace, we’re in a prime position to push the relatively new concept of blockchain and NFT gaming forward.

The Magic Media group is currently working on a blockchain marketplace for a project concept, specifically for games. It’s being worked on with a specific project in mind at the moment to facilitate both players and developers purchasing and selling NFTs in-game.

This new product is being built using Solana, whose native cryptocurrency is SOL, a blockchain platform featuring smart contract functionality. While this product is currently being built for a specified purpose, here at Magic Media we’re looking further into the future and thinking about how this blockchain marketplace could be more widely used.

The Future of Blockchain Games

In the longer term, we aim to further develop this blockchain product so that it can be more widely adopted within the gaming industry. One of the steps we’re looking to take is to integrate it with other blockchain-based technologies and platforms. With this accessibility, it’ll be easier than ever for players and developers to engage with NFTs in-game.

To this end, our Blockchain and NFT product will become available to be licensed by other game developers and studios in the future. After our current project has been completed, we’ll be able to start work on making it more ‘generic’ so that it can be adapted by more developers, for any project they might have which requires in-game NFT components.

To make it even more accessible, we’re aiming to add functionality that will allow the product to be integrated with the world’s most popular game engines, such as Unreal and Unity. We want it to have the capacity to be used for any kind of video game – racing, shooters, RPGs, any genre of game that developers want to include NFTs in.

If you’re in the market to develop a blockchain game, a partnership to co-develop a game, or full-cycle development, get in touch with us today and let’s make gaming magic together. 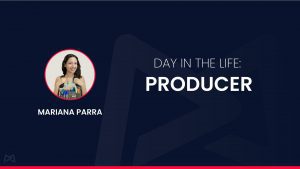 Day in the Life: Producer

From overseeing and maintaining a project's vision 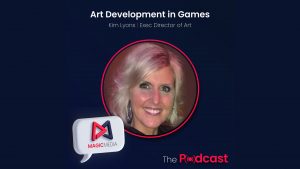 In the Magic Media Podcast’s first ever 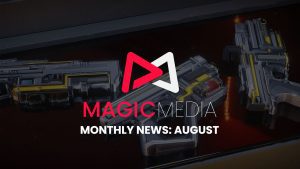 A Quick Roundup Of August At Magic Media