The Hidden Meanings of Game VFX

There’s an often-loathed trope that is becoming more and more common in gaming, pop-up tutorials. Commonly parodied, basic and new mechanics stall the game at the moment of their introduction. A pop-up occurs, maybe accompanied by a brief video clip, and the mechanic is explained.

It’s often seen as a bar being lowered in gaming in terms of storytelling and gameplay. Though, it is understandable when you see the level of work, time, and expertize required to create a modern game. Maybe cutting a corner and clearly explaining something to a player might be the most efficient solution.

But that raises an interesting question, of visual storytelling and explanation. As a service provider of AAA-quality development, art, VFX, and animation, we’re always watching and learning about the new tropes, new techniques, and new tools. Today, we wanted to look at the world of game VFX and the hidden meanings to be found within. Let’s have a look at some principles our artists use to communicate to our players without saying a word.

There is an engrained level of understanding amongst long time players as to what certain colours can mean. But also, a complexity in that colour-coding and the context that defines it.

A calm, flowing green wave is probably a healing surge. A bubbling vial of green liquid that gives off smoke, you’re better off not ingesting that. Acid or poison, players instinctively understand the danger. A glowing blue aura likely means they’re magically shielded, but a blue attack could be magic or cold damage!

Players, developers, and artists all understand this colour system and that context gives players the knowledge they need to figure it out. It’s something we discussed previously in a conversation about Game vs Movie VFX. Our artists understand that level of communication required for games. Without it, players are left frustrated and confused. And that means a lost player because they likely won’t come back to try it out again.

Contrast directly relates to colour. Effectively, the intensity of the effect can be directly correlated to the stronger colour. League of Legends is a good example when looking at certain skill shots. Their area of effect or damage lines often have areas that are blocked in or are more heavily shaded with colour – signifying greater damage or a worse effect if you are caught in that area. Contrast, directly with the effect, can also show players that a certain move is more powerful. A flicked ember that smoulders out looks weak. A fist-sized fireball that illuminates its immediate area looks scarier. And a maelstrom of fire clearly eclipses the others.

Shape is just as important as a universal understanding. There are so many things in our world that we associate elements or feelings with. Softer shapes such as orbs and bubbles are immediately seen as helpful or friendly. Sharper and pointed elements tell us this might be dangerous or at least aggressive. And side from the overall visual design, just like colour, we know what shapes mean. If players see a shield or a sword, there are inferences to be made about what they represent or mean given the context they’re shown. And finally, shape gives us direction – letting players know immediately where an effect is coming from and where it’s going.

Second to last is timing! This is where core animation principles are used by VFX artists to really sell an effect and give it life. Anticipation is the key in all things. Drama or comedy, the build and the anticipation of the release is where true entertainment lies. A powerful spell blinking into existence immediately isn’t entertaining. It growing and pulsing with power, having lasting effects before and after casting sells us on its power. It tells players instinctually that it is something to be careful of.

There’s also a fun trick that many of our artists refer to regarding timing. Things that pulse and move slower than the normal heartbeat – are often seen as serene and inviting. Things that move faster, somehow always communicate danger or some level of repulsion from us.

Relatability is really all about grounding your VFX in things we understand. Even with fantasy and sci-fi, everything is bound by our world and our perception. Something beyond our understanding isn’t going to communicate anything to players other than confusion or otherworldliness.

It’s easy to get carried away but our artists are always focusing on the concept rather than the tool or potential of the software. Keeping things relatable means all your work with colour, shape, contrast, and timing won’t be lost.

This is just one part of the monumental effort that goes into creating VFX for games and hopefully you think about these considerations the next time you pick up your controller!

If you’d like AAA-quality VFX, crafted by our experts and specialists, get in touch today! Whether for games or movies, indie projects or AAA-budget blockbusters, the Magic Media team are always excited for the next adventure. 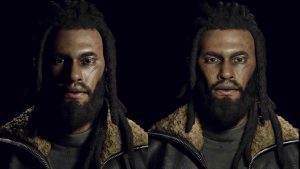 Choosing the right art direction for your 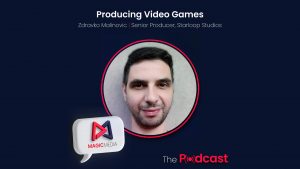 In this episode of the Magic Media 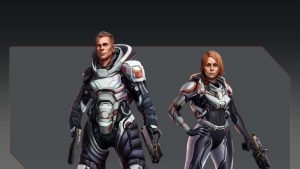 Top 3 Ways to Prepare for Co-Development

When it comes to video game co-development...