In November Starloop didn’t hold back on producing a large amount of quality content, which has been attracting positive attention and keeping followers well informed! This month started off with an infographic informing followers about the continuous demand for animation and game VFX. In order to re-enforce this topic, Starloop published a blog explaining ‘VFX in Video Games Industry: New Opportunities?’. In this blog, Starloop broke down how the rapid advancement of technology is driving the VFX and video games industries to become one of the fastest-growing segments in the global media market.

Next, Starloop took a trip behind the scenes to learn about one of their Lead VFX Artists Iontxu and his inspiring story on how he challenged himself to follow what he loves the most.

Lastly, Starloop were very excited to share a video regarding their video ads service. In this video Starloop’s Lead Generation Manager Ramon Jimenez, discusses how video ads can effectively deliver brand messages and promote games in an impactful way. If you want to see an example of Starloop’s work, check out the video Starloop created for Monster Tales! 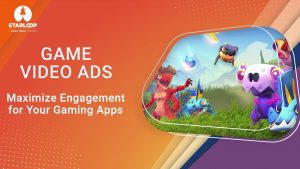 Ringtail Studios specializes in providing content development services and this month, Ringtail shared an exciting piece they had been working on over the last few months. Ringtail were delighted to see Supermassive Games latest in the Dark Pictures Anthology, House of Ashes, stepping onto the scene. Ringtail were happy to contribute towards its release, creating a series of animation fixes, and ensuring that the Supermassive team had full control over their models.

Next, Ringtail wanted to share one of the assets they created for Zordix’s thrilling, off-road experience in Overpass. Creating an asset like ‘Textron Wildcat XX’ is not without its difficulties. Ringtail tackled a few obstacles in delivering it, from separate planes for the decals, and blending transparency for the logos to breaking the car into sections for multiple artists to ensure a high quality was delivered.

Finally, Ringtail shared their work with Virtuous on porting EA’s Medal of Honor: Above and Beyond from PC VR to Oculus Quest 2. It truly was a tremendous project for Ringtail; huge levels of 3D art and 3D optimization, many of these elements requiring full remastering, and bringing thousands of in-game assets and full levels into working order on the Quest 2. 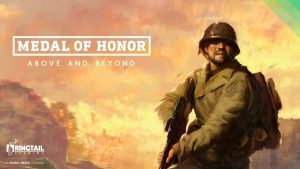 Magic Room our VFX and Animation studio continues to provide top quality visual effects and digital content for their customers. This month Magic Room shared a few character designs that were created for the ATB Arena trailer. While Magic Room had some concept art to work from, the artists had to build these characters out from scratch. Over the course of about ten weeks, Magic Room worked to deliver the fully rigged and animated models, textures, environments, effects and more.

Next, Magic Room took a dive into the process of VFX character creation in their newest blog post ’From Concept to Creation’. In this blog, Magic Room starts at the beginning, where they typically start with a text description of the character. It’s a basic piece of writing, summarizing who they are and what they may look like. From initial text and silhouette to exploration and iteration, learn all about the early steps in VFX character creation with Magic Room.

Lastly, Magic Room launched its latest Inside the Magic Room blog, which takes a deep dive into our artists, their experiences, projects completed, and more. This month’s candidate was Taras Burlin, Magic Room’s Lead FX Supervisor, who oversees key elements of every FX project. Taras has been working in the FX industry for the last twenty years, fifteen of them in feature films, and the last five in games. One of his favorite things about this work is creating complex systems from a collection of different effects. Learn more about Taras and his experiences now! 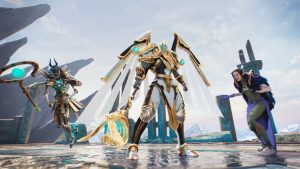 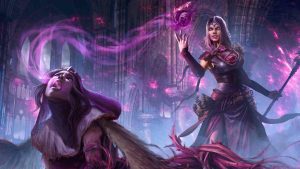 Elevating the Game: The Role of Visual Effects in Modern Gaming

One of the key aspects of VFX 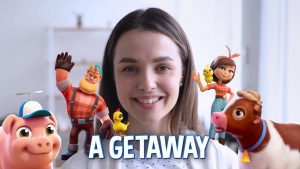 While each project can be wildly different 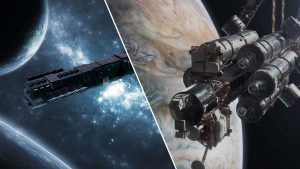 When you say “VFX” to someone, it