Game development is a highly specialized profession. It takes years of dedication and practice to hone the skills required to make it as a developer. It takes even further commitment to become a game developer specializing in a particular game engine.

Alongside Unity, the Unreal Engine is one of the most enduringly popular game engines in the gaming industry. To understand the work involved in being an Unreal Engine developer, we sat down with Ömrüm Çetin, a Lead Unreal Engine Developer in the Magic Media group, and it was a fascinating and informative conversation!

What is an Unreal Developer?

To put it simply, an Unreal Developer is an individual who works within the Unreal Engine framework to develop games. Using the Unreal Engine, developers create code to help build games suitable for a variety of platforms.

It’s Ömrüm’s responsibility to ensure that coding is not only done but that it’s carried out efficiently and error-free. Gamers don’t see code on the front end when they’re playing a game, but code makes up the building blocks that allow games to operate and be interactive.

Being in a leadership role, Ömrüm manages an international team of Unreal Developers at Starloop Studios, a member of the Magic Media group, so on top of his development responsibilities, he’s there to manage the team and help them carry out their work.

One of Ömrüm’s primary day-to-day responsibilities is to ensure the quality of the code. This includes a process called refactoring, which entails the painstaking process of rewriting existing code without modifying its behavior. For example, Ömrüm could be refactoring code related to the functionality of jumping in a game, and the aim is to make the code more readable without impacting how it affects the jumping mechanic.

In his pursuit of having the best code possible, Ömrüm keeps it well organized and clean but also aims to make it reusable. He spends his time working on blocks of code that can be reused on multiple projects, which helps increase efficiency across the board. Ömrüm also keeps on top of projects as they’re in development to keep an eye out for any opportunities to keep the code as clean as possible and make certain the coding process goes smoothly.

Ömrüm prefers to keep communication with the developers to a minimum when in the middle of development. Game development requires intense concentration and well-refined problem-solving skills, so any interruptions could compromise the work. Ömrüm is always there for his team but understands first-hand that it requires uninterrupted periods to get the job done as well as possible.

Thankfully, due to the versatility of the Unreal Engine, Ömrüm and his team can develop for a wide range of platforms. He feels that games should reach as many people as possible, and the Unreal Engine helps makes this possible. Though Ömrüm’s focus is on PC and console platforms, Unreal Engine enables him to port to the many platforms it supports easily.

In such a highly technical field, naturally, some technical problems do arise from time to time! Whether it’s code exhibiting unintended behavior, or something else completely, Ömrüm finds that the solution is often obvious and that it takes thorough root cause analysis to get to the core of the issue. Rushed troubleshooting can lead to more problems, and it can often be a simple case of misreading the error message or missing a minor detail.

Life as an Unreal Developer

Ömrüm takes great joy in his job and his responsibilities. It can be challenging but very rewarding work, and he’s enthusiastic about facing those challenges every day. In between carrying out his work and checking in on his team and projects to make sure they’re running smoothly, Ömrüm spends time checking out the latest news and articles about the Unreal Engine, ensuring he’s at the cutting edge of the engine and its latest updates.

Ultimately, Ömrüm is delighted to have the opportunity to lead a group of talented developers and be directly involved with world-class gaming industry services. The team has many exciting projects in development at the moment and as Ömrüm mentioned, there is plenty more to come!

With the gaming industry continuing to boom, Unreal Engine remains one of the most important cornerstones of Magic Media’s game development and entertainment offerings. For more of our work, check out our portfolio, and be sure to get in contact for all your Unreal development needs, and more. 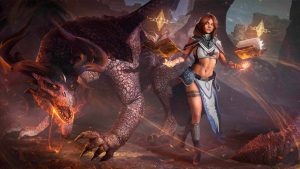 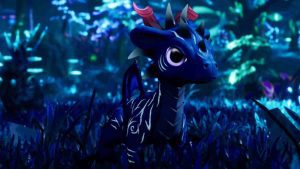 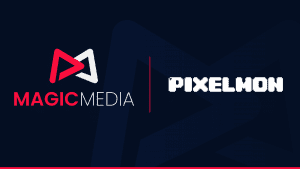